Take A Shot at a Golf Tour In Ireland 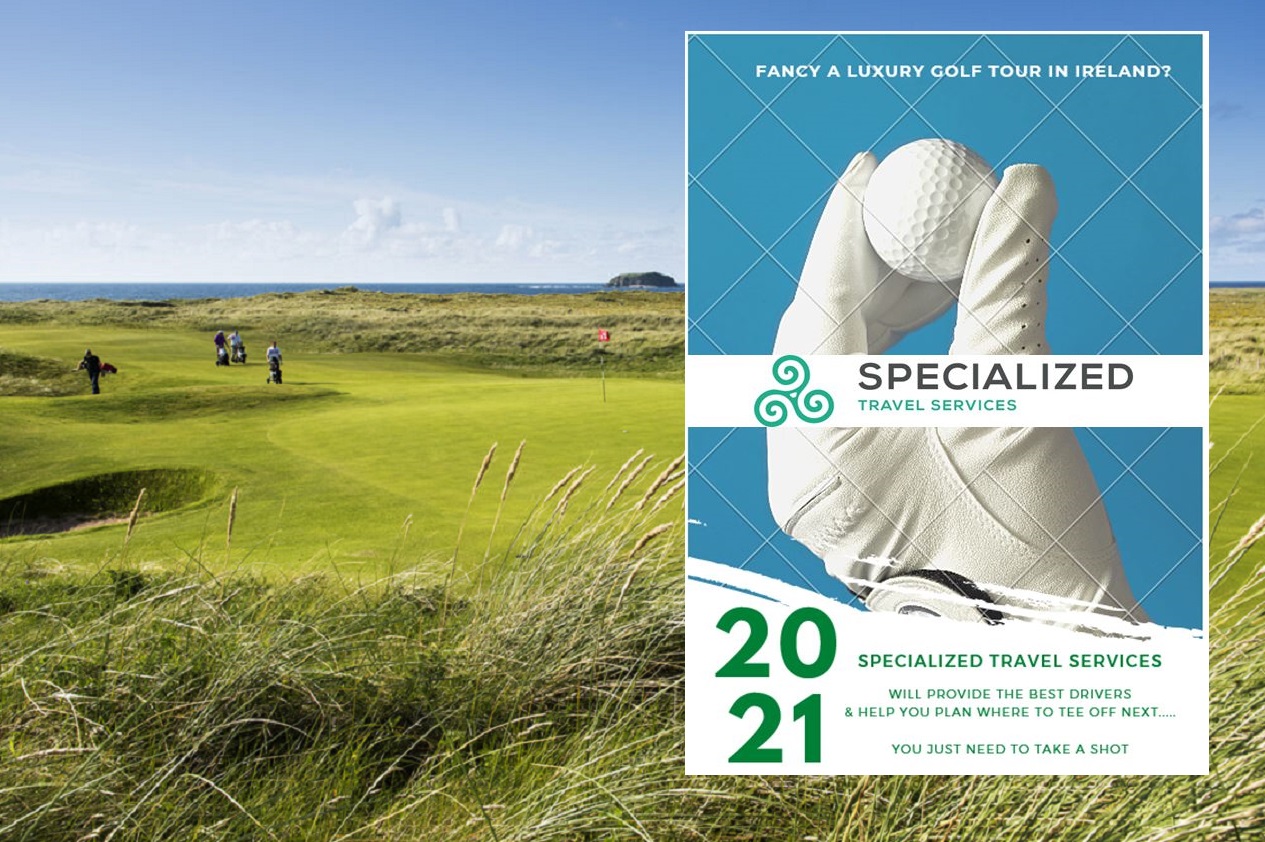 The Island of Ireland is a golfer’s paradise, with world-class courses in some spectacular places.

Founded in 1894 on a sandy peninsula that was once only accessible by boat, this wonderful links course is renowned worldwide. A purely natural course, Portmarnock has hosted 19 Irish Opens as well as the Walker Cup and the Canada Cup – now the World Cup of Golf – and its finishing holes are regarded as some of the best to be found anywhere.

Arnold Palmer designed the two courses at the K Club located in the Kildare countryside. The courses provide plenty of challenges with water hazards, rolling fairways, and long greens. After a round of golf, guests can stay at the five star Kildare Hotel, Spa, & Country Club.

Encompassing 180 acres of a diamond-shaped rocky promontory extending over 3km out into the Atlantic Ocean, Old Head possesses cliff-top drops for half of its 18 holes. Designed as a walking course, this is where memories will be made – just remember to keep your eye on the ball.

With a location right on the world-famous Ring of Kerry,  on the Wild Atlantic Way on the edge of the Atlantic Ocean, the Waterville Golf Links has it all: a heady combination of dunes, gorse and native grasses, sod-faced bunkers and subtle putting surfaces. The landscape at Waterville changes color with the shifts in weather, making it look just as dramatic in sunshine or in rain.

Part and parcel of the fabric of Irish golf for 125 years Lahinch’s Old Course has undergone many changes since Old Tom Morris came over from Scotland to create it in 1894. Over the years, the course has been enhanced by esteemed architects Charles “Mo” Gibson, Dr Alister Mackenzie and Dr Martin  and it now stands as an enjoyable and challenging test of skill and expertise – and was a venue for the Irish Open in 2019.

Northern Ireland is made for Golf.

From epic links courses to seaside retreats, Northern Ireland is home to golfing champions and some of the most breathtaking and challenging courses in the world. It’s stunning links and fairways will leave you captivated and awe.

Swing by the Champion greens at Royal Portrush Golf Club.

For many people, there’s no better way to experience the beauty of the Causeway Coastal Route than cruising along cliff side roads as spectacular views appear around each bend. But for golfers, this splendid drive is something even better: a world-class way to travel from one award-winning course to another and even test your skill at Royal Portrush – host to The 148th Open in 2019.

Home course of Graeme McDowell, Royal Portrush is majestic: towering dunes, sweeping valleys and rough so thick only the greats can conquer it – and Shane Lowry did when he won The 148th Open there in 2019.

Have a look at this video, one year on from Shane Lowry’s stunning victory in the 148th Open Championship at Royal Portrush. This magnificent course is ready and waiting to challenge all who want to come, play and recreate the shots from the pros!

There are two courses at Royal Portrush: the famous Dunluce Links; and the Valley Course, situated in the historic War Hollow, where local lore has it that the Chief of Dunluce fought the King of Norway many centuries ago.

At Dunluce, be warned: go long with your approach on the sublime 5th, a dogleg 411-yard par 4, and your ball may one day wash ashore on nearby White Rocks Strand.

In 2017, Portstewart hosted The Irish Open, and since then, it has definitely emerged from the shadow of its neighbour, the mighty Royal Portrush, just down the road.

Under the shadow of the Mourne Mountains, the Royal County Down golf course – made up of the Championship and Annesley links – has taken more than a century to get to where it is today. And its status as an extra-special place was cemented when it was voted the world’s No 1 course outside the US by Golf Digest.

While golfing in Northern Ireland you can also tour the Causeway Coastal Route.

This route in North County Antrim has some strikingly beautiful courses that are sure to thrill the true golfing enthusiasts out there. If ever a place embodied Northern Ireland’s Giant Spirit, it is the Causeway Coastal Route. Maybe it’s the sheer breadth and beauty of its landscape. Perhaps it’s the mythical stories that are shaped by the dramatic coastline. But the spirit is certainly in the warm and hospitable people you will meet along the way.

Take A Shot at a Golf Tour In Ireland

Whatever your handicap, we know one thing for sure: golfing in Ireland is not a swing that you should miss.

Specialized Travel Services will provide you with the best drivers and help you plan where to tee off next. You just need to take a shot and make a break for it. To play your golf tour in Ireland contact our team by email to newyork@special-ireland.com or by completing the contact form.

Note: Featured image at the top of the blog is of the Royal Portrush Golf Club – Image from Tourism Ireland © Chris Hill Photographic 2012