RMS Titanic – The fascination of “the ship of dreams”

April 15th 2021, marks 109 years since the majestic RMS Titanic sank into the icy waters of the North Atlantic…..

They thought she was unsinkable, but at 02:20am on that fateful night in 1912 the world’s most famous ocean liner slipped beneath the surface of the sea, having struck an iceberg two and half hours before.

News of the tragic sinking and loss of over 1,500 passengers and crew was received with sorrow, shock and disbelief around the globe, and yet over a hundred years later the maritime disaster still hasn’t faded from the world’s imagination.

In the ensuing decades the stories of Titanic’s passenger list, containing a cast of characters of every personality, rank and station, has generated countless newspaper articles, books, films, memorials, museums and experiences. The liner’s place in world history was enhanced still further in 1985 when Dr Robert Ballard sensationally discovered the wreck of the Titanic on the seabed, and in 1997 after the release of the epic James Cameron movie starring Kate Winslet and Leonardo DiCaprio, which netted 11 Academy Awards.

The 109th anniversary of the sinking of Titanic will be remembered around the world, not least in Belfast, the city that designed, built and launched the luxury vessel.

Reflecting the achievements of history with the latest design approaches, Titanic Quarter’s futuristic mix of residential, commercial, tourism, education and retail space has provided Belfast with a new urban quarter.

Opened almost 100 years to the day that RMS Titanic sailed out of the Harland & Wolff shipyard, mighty Titanic Belfast, crowned the World’s Leading Tourist Attraction in 2016, is central to the annual memorial events for the ship. The five-star attraction, which tells the story of the tragic liner and the people who built and sailed in her, is the ultimate Titanic experience.

Although looking forward to welcoming guests back when the time is right, the traditional commemorations are moving online in 2021, due to the COVID-19 pandemic worldwide.

For 2021, Titanic Belfast will hold an online interpretation of its annual ‘A Night To Remember’ tour to mark the anniversary of the sinking. It will also provide live tweets timelining the events which happened in the lead-up to the ship striking the iceberg and on through to her tragic sinking. Anyone can follow along on the @TitanicBelfast social channels.

Elsewhere in the city, Belfast Titanic Society will be running a series of online talks, which include a recollection of events from 109 years ago, the day after news of the maritime disaster broke.

Also, Belfast City Hall, where there is a Memorial Garden dedicated to all those who died on Titanic, have produced the following video by way of tribute and to commemorate the anniversary on April 15th.

Located on the east side of Belfast City Hall, the memorial garden is set on two levels with the upper level containing a nine metre long plinth, inscribed with the names of those who died on RMS Titanic and a lower grassed terrace surrounding the existing monument. The garden’s memorial plinth supports fifteen bronze plaques which list, in alphabetical order, the names of 1,512 people who perished on RMS Titanic.

Titanic Hotel Belfast is located in the former headquarters of Harland & Wolff, builders of Titanic, and provides the perfect destination for anyone travelling to Titanic Quarter on business or for pleasure. The Harland & Wolff Drawing Offices, the earliest parts of these historic buildings, date from the 1880s and over the following 100 years played an important part in the design of many of the world’s most famous ocean liners, the creation of the ‘floating hotel’ and influenced the design of many of today’s cruise ships. All of the hotel bedrooms have a nautical personality with streamlined Art Deco furniture, hanging ship’s lanterns, riveted panels and maritime artwork.

When it’s safe to travel again, Northern Ireland and Belfast are ready and waiting, with lots of Titanic-themed activities and attractions to enjoy. From the Titanic Hotel, created in the former headquarters of Harland and Wolff, to walks along the slipways where the liner first entered the sea, to her enormous dry dock and original pumphouse, there is an array of Titanic tours, attractions, exhibitions, events and experiences worthy of the ‘ship of dreams’.

Embrace the Irish spirit on a journey of discovery with Specialized Travel Services. Our highly experienced team will assist you in planning your truly exclusive and customized tour of the hidden gems of Ireland.  Take a look at some of our private chauffeur drive vacations on our website for additional suggestions of what to visit on your vacation in the Emerald Isle.

To experience the warm and welcoming atmosphere that surrounds the Island of Ireland, contact Specialized Travel Services by filling in the Contact form Or by email: newyork@special-ireland.com.

Anchor’s aweigh to an authentic adventure…….. 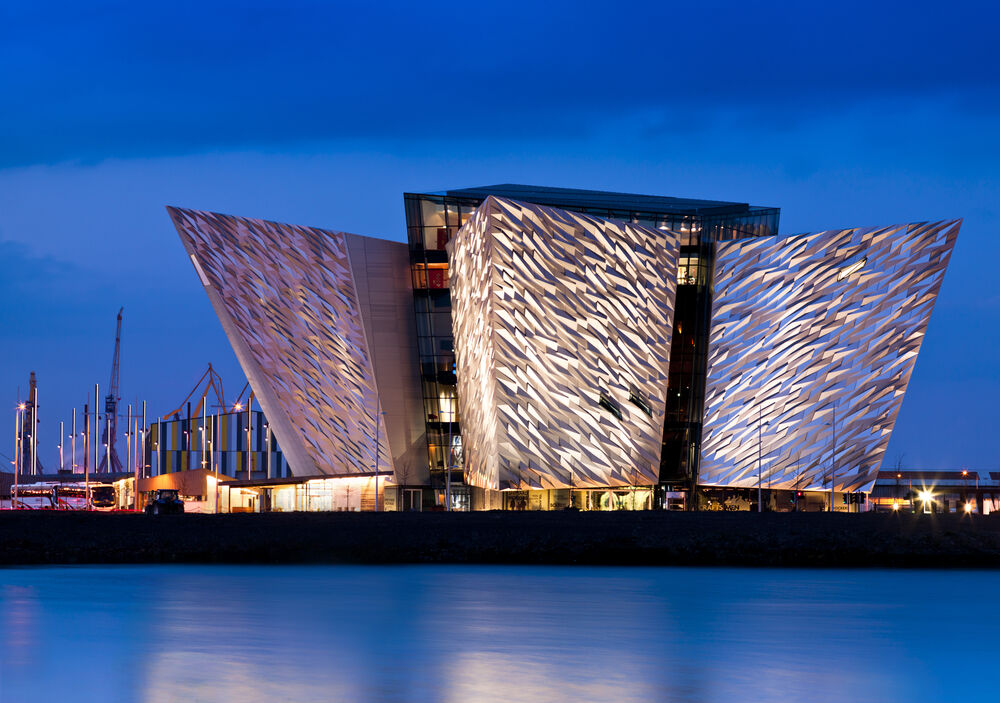 Note: Featured image at the top of the blog is of the Titanic Quarter, Belfast. Photographer Christopher Heaney © Visit Belfast