Cork City is a place with music in it’s soul. The Corkonians are even said to possess one of Ireland’s most unique accents, a lilting brand of Hiberno‐English which is often described as musical as the patterns of tone and intonation often rise and fall, as if to climb over the many hills scattered through the city and county.

In May each year, the Cork International Choral Festival sees world-class performers flock to the city for five days of concerts and competitions across 60 venues. Cork becomes even more alive in October, with the world-famous Guinness Jazz Festival and also the Cork Folk Festival where acoustic tunes and traditional music take centre stage. Other Cork festivals of note include Live at the Marquee and Cork Midsummer Festival.

On Tuesday July 21st at 8:00PM (GMT) , Mick Flannery & SON (aka Susan O’Neill) will perform songs live from the Crawford Art Gallery in Cork City, Ireland as part of the Courage 2020 series.

View the live concert here on Youtube –  It’s available worldwide, free of charge, thanks to the support of the Department of Culture, Heritage and the Gaeltacht, IMRO and RTÉ. Courage 2020 and Other Voices are all about bringing people together through music, and recognising the essential and powerful contribution that artists continue to make to our lives.

One of Ireland’s veteran songwriters, Mick Flannery – whose sixth studio album was nominated for an RTÉ Choice Music Prize . He will be joined by one of Ireland’s most exciting young singer-songwriters, SON (aka Susan O’ Neill). O’ Neill’s debut debut album ‘Myself Lost’ came out in 2018.

Make a break to explore one of the most buzzing cities in the Emerald Isle, with super-memorable visitor experiences, plenty of great pubs and restaurants serving fresh local produce.

Crawford Art Gallery, a National Cultural Institution and regional art museum for Munster, is dedicated to the visual arts, both historic and contemporary. Located in the heart of Cork City, beside the Opera House, the Gallery is a critical part of Ireland’s cultural and tourism infrastructure, welcoming over 200,000 visitors a year.

The Gallery’s permanent collection comprises over 2,000 works, ranging from 18th century Irish and European paintings and sculptures, through to contemporary video installations.  Click here for current exhibitions at the Crawford Art Gallery.

One of the Gallery’s focal points is a a collection of Greek and Roman sculpture casts, brought to Cork in 1818 from the Vatican Museum in Rome. Irish art, from the 19th and early 20th century, is another of the Gallery’s main attractions. Visiting exhibitions, featuring the work of major and emerging artists, are frequently hosted. 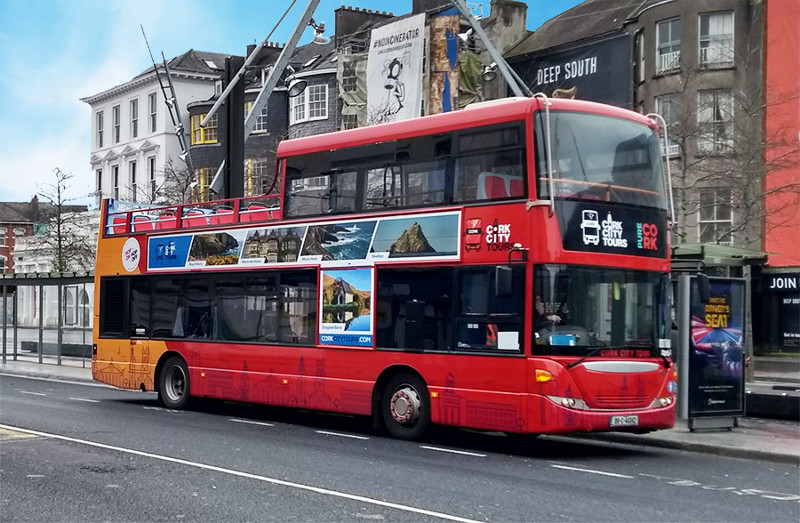 Cork City Hall is a splendid building, designed on classic lines to harmonize with the examples of 18th and 19th century architecture, fundamentally Georgian in character, that so richly endow Cork City. The current structure, replaced the old City Hall, which was destroyed in ‘The burning of Cork’, in 1920. The first meeting of the Council was held on the 24th April, 1935 and the building was formerly opened by Éamonn de Valera on the 8th Sept., 1936. 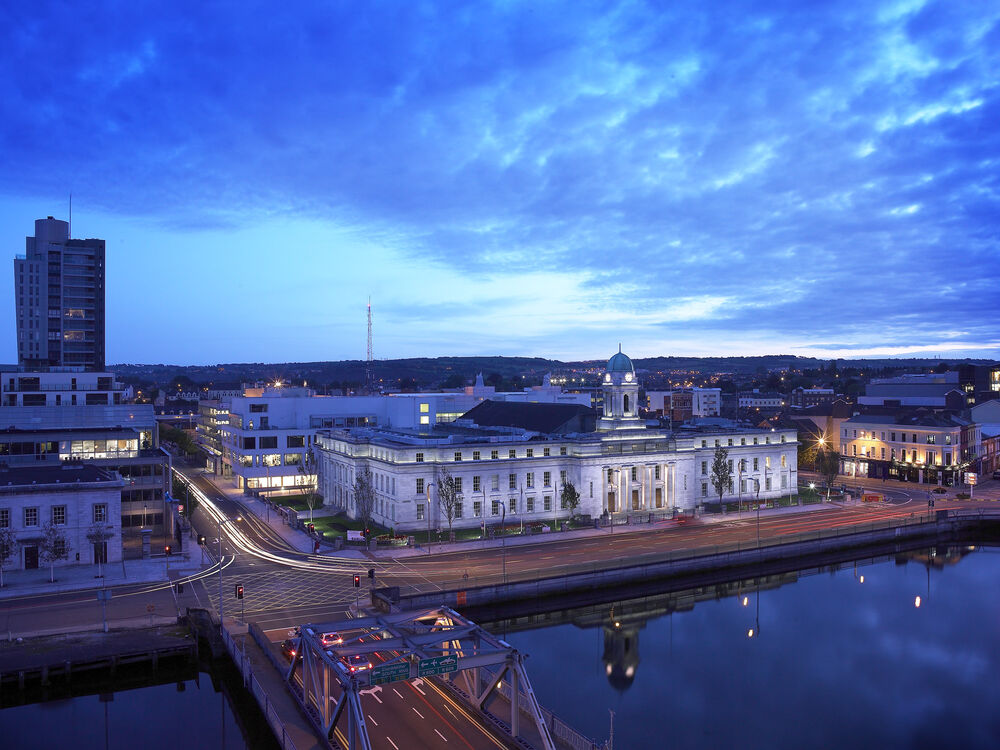 St. Anne’s Church has stood on its current site in Cork’s Shandon district since 1722, when it replaced another church ruined during the Siege of Cork. The clock tower is affectionately referred to locally as ‘The Four Faced Liar’ because each clock tells a slightly different time. But St. Anne’s is most famous for its bells, which inspired the famous song ‘The Bells of Shandon’. Climb 132 steps to the belfry to ring the 18th Century six-tonne set of eight church bells and take in panoramic views of Cork City.

Located next door to Shandon Bells, you can discover why Cork was the biggest butter market in the world in the 18th century. The Cork Butter Museum has various exhibits detailing the history of butter in the region and its importance to Cork over the centuries. There is also an interesting audio visual presentation and you might like to try some delicious homemade scones & butter.

Elizabeth Fort is situated on the south side of the city and is said to be one of the finest examples of a 17th century star-shaped fort. The fort itself has gone through a number of phases & rebuilds. Originally built in 1601 during the reign of Elizabeth I, it was replaced in 1624 by a stronger fort which had the same basic outline as that which survives today.

Step back in time with a visit to Cork City Gaol. Learn what 19th and early 20th century life was like in Cork, both inside and outside the prison walls. The exhibition shows amazingly lifelike figures, furnished cells and sound effects that allow the visitor to experience the day-to-day life of prisoners and gaolers. See the Radio Museum Experience, which is situated in the former Governor’s House and incorporates a restored radio broadcasting studio.

The English Market in Cork is one of the city’s most iconic buildings. Take a leisurely stroll through the English Market and you’re right in the middle of a locavore’s paradise with lots of thriving food stalls including delicious local artisan cheese, traditional cuts of meat, award winning providers of fresh fish, and a unique range of local handmade chocolates.

Situated near the heart of Cork, St. Fin Barre’s Cathedral has been a place of Christian worship since the 7th century. This is said to be the actual location where St Fin Barre (Corks Patron Saint) founded his original monastery. The present Neo-Gothic Church of Ireland cathedral, designed by English architect William Bruges, is made from Cork limestone and Cork marble and was consecrated in 1870.

Over 400 years ago the fortification which is now Blackrock Castle was built at the River Lee, where the narrowing channel leads to Cork, and has been part of the city’s history ever since. The 16th century Castle is located 4km from the heart of Cork city and was built by the citizens of Cork as a watch tower and fort to guard the river entrance against pirates and other invaders. Today the Castle is a science centre and is home to Cosmos at the Castle, an award winning interactive astronomy exhibition which highlights recent scientific discoveries and their implications for life in outer space.

Take Me To Cork

To make your heart sing and to help your stress melt away why not contact Specialized Travel Services for a customized tour of Cork and learn why it has the name of the Rebel County. Experience the music, culture, food, and the hilly landscapes of Cork for yourself and fill your heart with Ireland. Contact us here at Specialized Travel Services by email newyork@special-ireland.com or complete the Contact form

Is Cork one of the best cities in Ireland? Why not plan a tour and come see for yourself…………..

Note: Featured image at the top of the blog is of the Crawford Art Gallery, Cork City © Tourism Ireland