A Winter’s Tale With A Shining Light.

This magical shining light in the Irish Winter has been taking place at the same time and same date for over 5,000 years – before the Pyramids emerged from the sand or Stonehenge stood tall…It’s an amazing Winter’s tale with a shining light!

Standing in the inner sanctum of the Newgrange passage tomb, Professor M.J. O’Kelly watched as a shaft of pale winter sunlight shone through the roof box over the main entrance, crept along the passage and bathed the chamber in a mystical golden glow. It was the first winter solstice witnessed at Newgrange by anyone in over 5,000 years.

Each year on December 21st – the winter solstice – a single shaft of light pierces the Newgrange monument through a perfectly placed window box at the passage entrance, glowing in a golden path all the way to the burial chamber at its heart. How this astronomical accuracy was achieved so many millennia ago is just one of the Boyne valley’s many intriguing mysteries.

The awareness of the magical Winter solstice at Newgrange has grown enormously since 1967 and crowds usually gather outside Newgrange. The fortunate few who are allowed to go inside the burial chamber are chosen by a lottery. Visitors travel from all over the world to be there, if they are lucky enough to get one of the winning tickets.

As you stand outside the 80-metre mound, with spiral-engraved kerbstones and topped with white Wicklow quartzite, a guide reveals the myths and history behind this amazing monument. This place was home to farmers and families with the intent on leaving their legacy on Ireland’s landscape…

Once the scene has been set for you as a visitor, you’ll step inside the passage tomb itself, squeezing through standing stones carved with spiralling rock art and graffiti dating back to the 1800s (before Newgrange was taken into state care). Stooping under beams of wood, you’ll emerge into the cool confines of a cruciform-shaped chamber, like a stony igloo hidden within a hill.

This inner sanctum is where a lucky few (chosen by lottery from thousands of applicants annually) huddle together to witness the annual winter solstice illumination. In this moment, when megalithic engineering and nature lock sensationally into sync, a shaft of light can be seen snaking 19 metres up the passageway, ultimately bathing the chamber in light. There are goosebumps, to say the least…

In the video below the OPW have shared the Winter Solstice from December 20th 2020, where sunlight flooded the chamber at Newgrange –

Sitting within the curved arm of the River Boyne, Brú na Bóinne safeguards the largest collection of megalithic art in Western Europe, dotted across over 90 Neolithic monuments. The three most spectacular sites of the Boyne Valley are Newgrange, Knowth and Dowth. Each holds its own historically significant tale – but it’s the confluence of all three in the heart of the Boyne Valley in County Meath that makes a visit here simply unparalleled.

While Newgrange pays homage to the sun, Knowth is all about the moon: the chamber’s eastern passage is adorned with lunar maps, including carvings of the seas on the satellite’s surface and even a calendar stone used to calculate the lengths of the months and year.

Knowth was built over 5,000 years ago, probably after the construction of Newgrange and before the construction of Dowth. The Great Mound at Knowth is similar in size to Newgrange and is surrounded by 18 smaller satellite mounds. The Great Mound has two passages with entrances on opposite sides, the western passage is 34 metres long and the eastern passage is 40 metre long, ending with a cruciform chamber.

Dowth is the least well known of the three great tombs of Brú na Bóinne. Known as the “Fairy Mound of Darkness”, nature has reclaimed Dowth to a much greater extent than either Newgrange or Knowth. Its original roof collapsed long ago and was replaced – but from the outside, the tomb looks undisturbed. Similarly to Newgrange, the winter solstice is a special time at Dowth, with sunset beaming soft golden light into the chamber in the days around December 21st. There are two burial chambers in the mound within 25 metres of one another. The passages are considerably shorter than those found at Newgrange and at Knowth but the chambers are as large and contain some of the biggest stones found at any of the sites.

5000 years of history… take a journey into the past, hearing the stories and secrets to be found around every corner in Ireland’s Ancient East.

Have a wander through Ireland’s Ancient East carpeted by scenic landscapes, historic sights and idyllic towns, and framed by the Irish Sea and the River Shannon. There is lots to see and do so where you go is up to you. Bring your curiosity, a sense of adventure and get ready to make memories that will last a lifetime. Stop almost anywhere in the scenic landscape, and you’ll find proof of Ireland’s ancient past close to hand. You just need to know what to look for and our experienced driver guides will be more than happy to share their vast knowledge of Ireland with you.

Specialized Travel Services look forward to welcoming you back to the Emerald Isle when the time is right. Take a look at some of our private chauffeur drive tours for some inspiration and to keep the travel fire burning!

There are so many special places to go here and our “Gift of Ireland” gift certificates allow you to choose your own customized vacation in Ireland. They are valid for 5 years from date of purchase and there is flexibility to use our gift certificates for any of our travel services, including escorted tours, private group tours, accommodation, airport transfers, attractions, a round of golf, or a medieval castle banquet ….. The list is endless. To plan your Ireland vacation of a lifetime contact Specialized Travel Services by completing the Contact form or by email to newyork@special-ireland.com 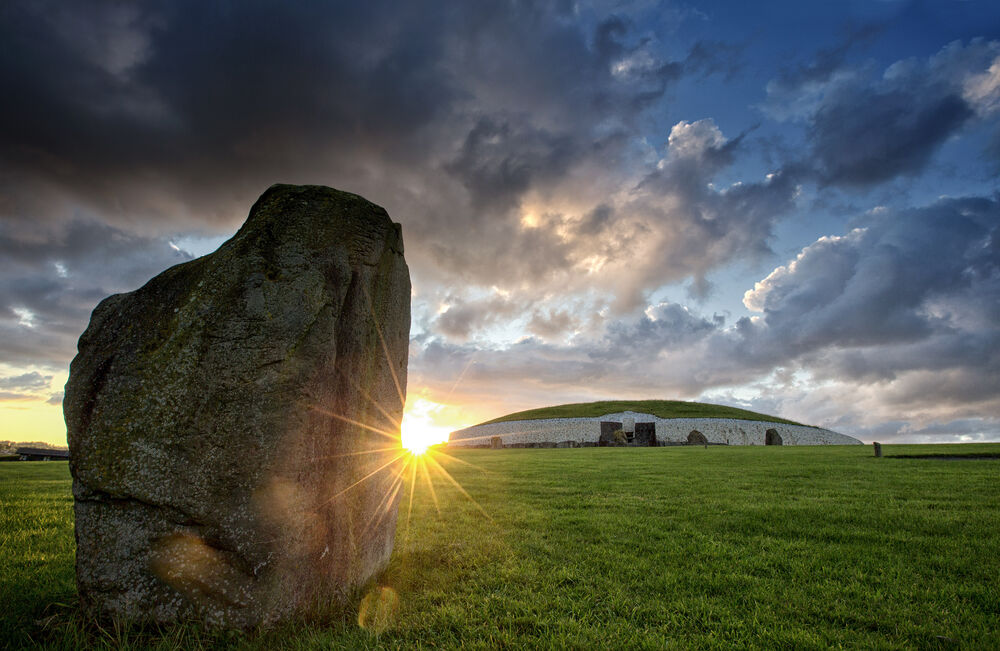 Note: Featured image at the top of the blog is of Newgrange, County Meath Photographer Brian Morrison © Tourism Ireland